It’s been far too long since we last wrote a blog! So what have we been up to since we last blogged, on 28th January, we’ve had major problems with the designer/builder of the last site, but that’s behind us, so I’ve been working on a new web site to replace it, and here it is. We’ve changed the name from Pren Turners to Pren Bala, and here’s to a new future!

The greatest news of all, and something that Sally and I are still in awe of, is becoming grandparents for the first time. On 21st February, little Osian Rhys popped into this world and changed our lives for ever. He’s such a bright, happy little soul and he changes a little every day

One month old and he’s already got a best friend!

Five weeks old and Osian discovers the power of the smile….he’s a happy little soul!

2 months and the smiles just keep on coming…..and little Osian isn’t the only one smiling!

So…our first blog on the new web site. Not a bowl, not a candlestick or stool, not a wood-shaving or even a speck of wood-dust, there’ll be plenty of time for that in the future. Right now, there’s far more important things to deal with.

Les and Sally sooooooo delighted that you have put the past behind you and embarked on a new and better path. Great start and the first beautiful piece of art featured here is one of the the best you will ever produce LOL Fabulous site and all credit to the stranger that wanted to help you. As you say some lovely people in the world. All the very best for the future of Pren, with your wonderful turning and the lovely Sal behind you, it can’t fail.

Thanks Mo (and Pete, I’m sure)….yours is our very first response on our new site.

Congratulations on the new website, it looks great and a wonderful way to launch with Osian as your first blog. Lovely 🙂

Thanks Catherine….I still can’t quite believe that I pulled this off, Microsoft Word is usually the limit of my IT prowess!

Very much like the new site. Keep up the good work going forward.

As a fellow woodturner over the pond, I’ve followed Les and his turnings for years. His creations have a signature that is unmistakably Les. I look forward to seeing more uniquely you pieces, buddy. Best of luck with Pren. You are on my bucket list of places to visit…and I have a very short bucket list!

Well thank you Mike. Let me know when you’re calling and I’ll get some strong coffee on the go.

Hi, Les Just had a fascinating wander through your new website and thoroughly enjoyed it.

Congratulations Grandpa and IT Guru 🙂 , lol, I know the feeling we a few of them ourselves

Thanks Hughie….good isn’t it….I mean grandparenthood, not my work on the web site 🙂

Both actually 🙂 I have yet to finish my website

Les and Sally, firstly congratulations on becoming grandparents. Love your site, it has a nice personal touch mixed in with the business side of things, most importantly though it is easy to navigate. All the best with your growing business. Pat.

Thank you Pat, I’m really pleased that you liked it. 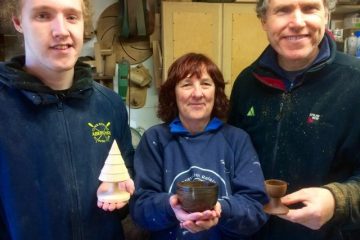 Nowadays I am teaching woodturning for two or three days each week, although I am having a bit of a break between now and the new year. Since I started providing the tuition sessions, I’ve Read more… 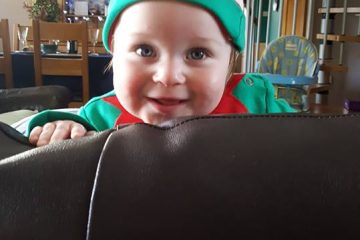 Well, that’s another year over, and what  year it’s been! Way back in January we were having major problems with the builders of our former web-site, so by February and March, I was working on Read more…